I am active as a volunteer for several non-governmental organisations.

Together with two neighbors we founded a local Progress Association. Our goal was to mediate between the village inhabitants and authorities. We persuaded the mayor to asphalt roads, maintain dirt roads, extend the public street light network, organise spring and autumn cleaning actions of public space, in winter to clear snow of the roads, and more.

We organised a village picnic with the aim for the inhabitants to get to know each other (even) better. 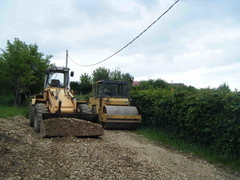 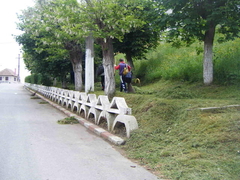 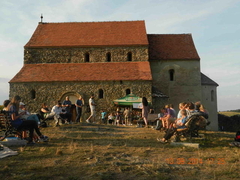 "Every child deserves a Story"

In December 2018 I participated in KeepGiving and OvidiuRo's project "Every child deserves a Story" ("Fiecare copil merita o Poveste"). The project consisted of donations of 10.000 children books for pre-scholers in the county Sibiu, with the purpose to encourage literacy amongst children in the country side.

Together with my friend Andreea we visited two kindergartens and we read with the children "The Very Hungry Caterpillar" and "Brown Bear, Brown Bear, what do you see?" by Bill Martin Jr. and Eric Carle.

Each child received a copy of both books, so they can read it at home (with their parents). The children's enthusiasm and participation was inspiring and heart warming. 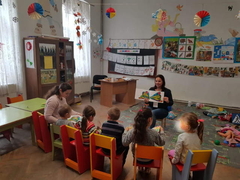 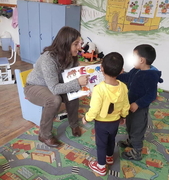 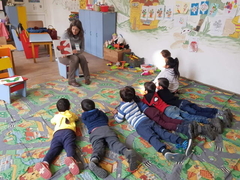 CosyMo's Solar Cinema was on their European Tour 2010 and I organised their Sibiu event. It was Europe's first traveling film-festival hosted by a mobile (open air) cinema that is powered entirely by solar energy. The tour was a cross border project which promoted cultural diversity through film and encouraged the use of sustainable energy in a different and inspiring way. 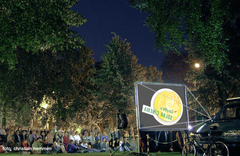 Friends of Storks is a NGO that looks after wounded storks. They are always looking for ways to finance their activities, so between 2009 and 2011 we organised several events together: 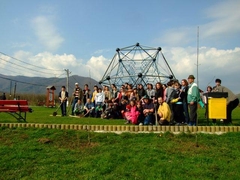 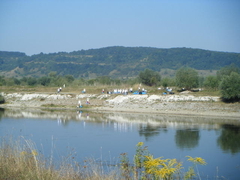 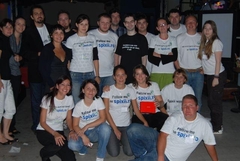