For a family from the United Kingdom I managed the build of their dream house in a village near Sibiu, Romania. I helped them face the bureaucracy that comes with buying land and building a house. Together with the architect, engineers and constructors, we made sure their dream log house was built.

From idea to plan to realisation

After the block was purchased, we had to make a Zonal Area Plan (PUZ) including the Local Urban Regulations (RLU) to ensure the land was designated for construction of a house, including road access and property division. A local architect made the opportunity study, we discussed with neighbors and obtained the notices from several authorities. We had a geo-technical study made, plus all the topographical works required.

The family pictured their dream house, included a wish list and found a company specialised in building log houses. They translated the wishes into a plan, which, together with the architectural and engineering plans, became the "blueprint" for the build of the house.

With the architectural plans we obtained building authorisation. We chose a constructor to build the concrete part of the house, plus plumbers and electricians for the installations.

Because of the special requirements of this type of build (log house) a settling/drying period had to be taken into account. At the constructor's site the structure was built with freshly cut wood and remained there over the winter period. Following autumn each log was marked as the house was taken apart, then transported to the owner's block and there rebuilt and left to settle/dry for another year before putting in doors and windows and starting the fixing and fit-off stage.

The project took 7 years to complete, in 2021 the Completion Inspection took place and we finalised all of the official paperwork. 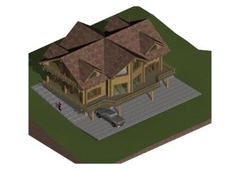 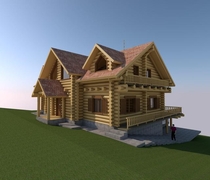 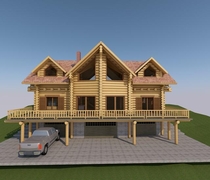 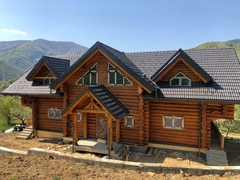 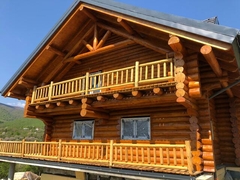 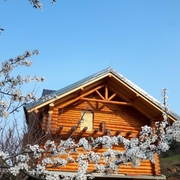 In 2017 we built the road, bridge and fence. Also the general digging was done.

In May 2018 we started the build of the concrete part of the house. In September the wooden structure arrived on the family's block and the house was rebuilt in it's final place. After the roof was covered with clay tiles, the structure was left for another year for the settling process.

In 2019 and throughout 2020 we continued fitting-off the house, putting in partition walls, windows, doors, bathrooms, heating system, water and electrical installations, floors. We also had the logs stained (exterior and interior).

As for utilities the house only has access to the water mains. So we installed a sewage tank, gas tank, photovoltaic panels, and an extra water tank for fire fighting purposes.

Because the block is in an area with unstable ground prone to land sliding, we built a retaining wall behind the house. 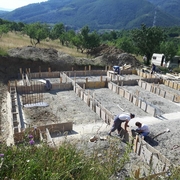 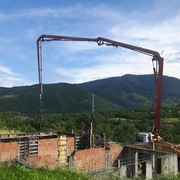 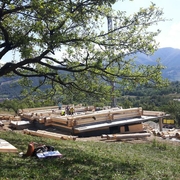 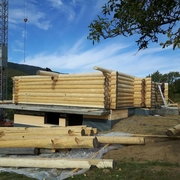 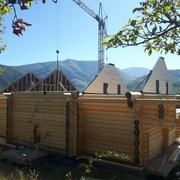 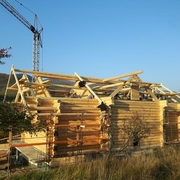 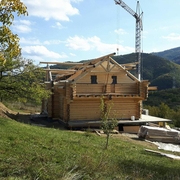 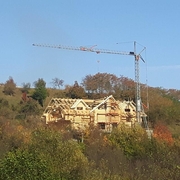 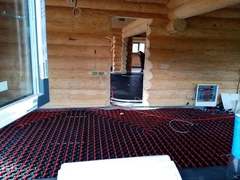 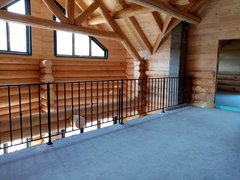 The final result and special features of the house. 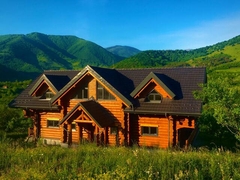 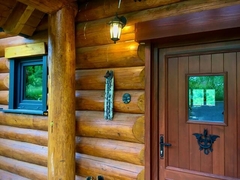 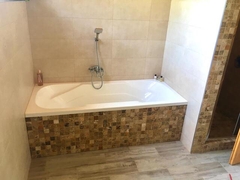 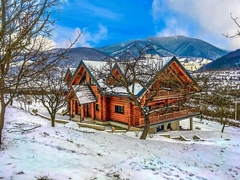